Food waste is a global issue with nearly 1 billion tons of the food wasted. Every year, 30-40% of the nation’s food supply is wasted, with Thanksgiving turkeys alone accounting for 200 million pounds. On average, Hawai‘i residents pay $200 more a month on groceries compared to mainland residents. Hawai‘i also pays some of the highest food prices in the U.S., but still tosses out 237,000 tons of food per year, which equates to 26% of the available food supply. That is worth more than $1 billion or $700 per person that is thrown out and wasted every year. Ironically, one in every six Hawai‘i residents struggle to put food on the table and 81,000 keiki struggle with hunger every day.

Food waste not only affects us economically but environmentally. Wasted food rotting in landfills emits greenhouse gasses such as methane, which is at least 25 times more potent than carbon dioxide and is a major contributor to man-made climate change (Environmental Defense Fund, 2012). Also, according to the City and County of Honolulu Refuse Division, wasted food represents 23% of global agricultural land. In addition, 25% of U.S. freshwater and 4% of U.S. oil consumption goes to produce food that ends up in landfills.

With the municipal landfills closing in 2028, the city not only needs to find the next dumping ground, but also needs to seek innovative ways to reduce the amount of food waste. The Environmental Protection Agency (EPA) developed a Food Recovery Hierarchy as a guide on how to reduce and prevent food waste, beginning with reducing the volume of surplus food generated; donating extra food to food banks, soup kitchens and shelters; divert food scraps to animal feed; industrial uses and composting; ending with the least preferred method of landfill or incineration. 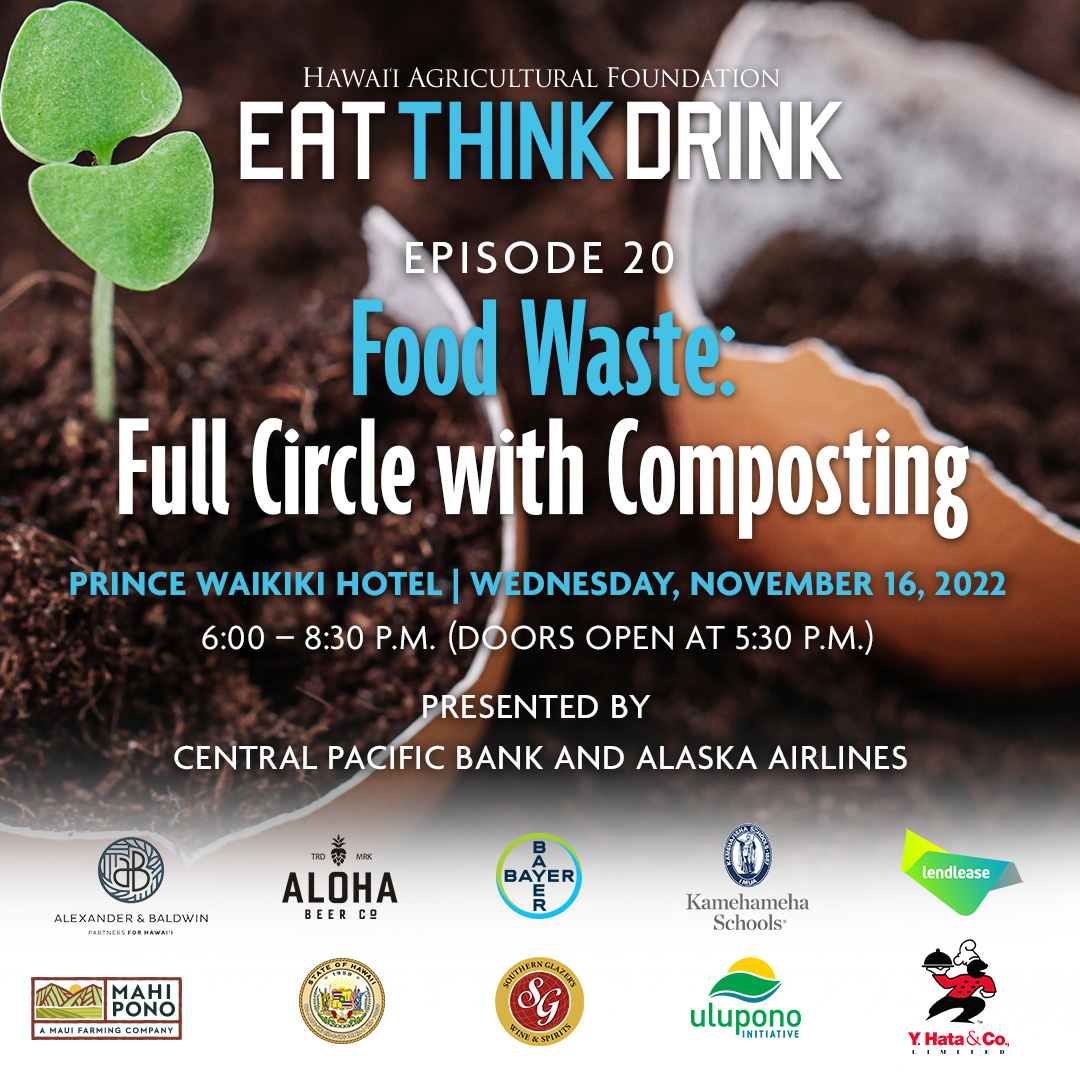 The panel discussion following the keynote will be moderated by Amy Marvin, President and CEO of the Hawai‘i Foodbank and feature: